Agreement for the creation of the Observatory of Basque Media

An agreement for the foundation of the Observatory of Basque Media was signed the 14th of January, 2016, between the Heads of three universities and the representative of Hekimen, the association of media in Basque. The universities are the University of the Basque Country (UPV/EHU), University of Mondragon (MU), and University of Deusto (UD).

Among the objectives of the Observatory, it can be remarked the promotion of the research and transfer of knowledge about media in Basque, as well as the strategic thinking. For these purposes different research groups and researchers are taking part in the activities of the Observatory. NOR Research Group has been an active agent from its very begining.

It is pretended that the collaboration among universities and the sector of the social Basque media extends to other parties: mainly to the administration (the Council of Gipuzkoa is already helping the Observatory) and the public sector of Basque media. This will be one of the main challenges in the future.

The Observatory has already started providing information and analysis, throug its web, as well as through the   Yearbook of the Basque Media 2015, recently presented in the Festival of Durango. 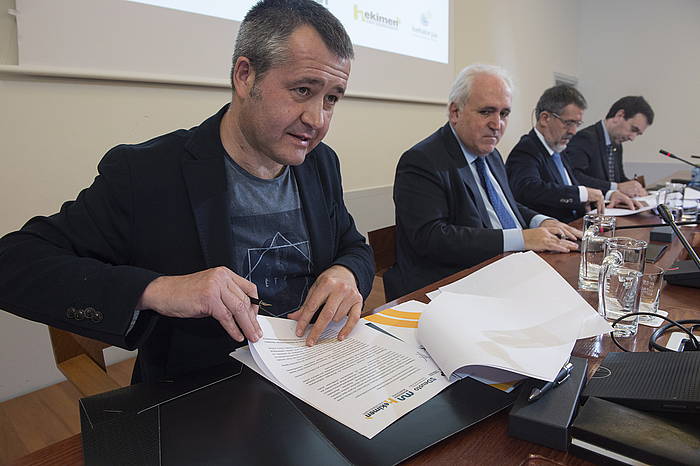